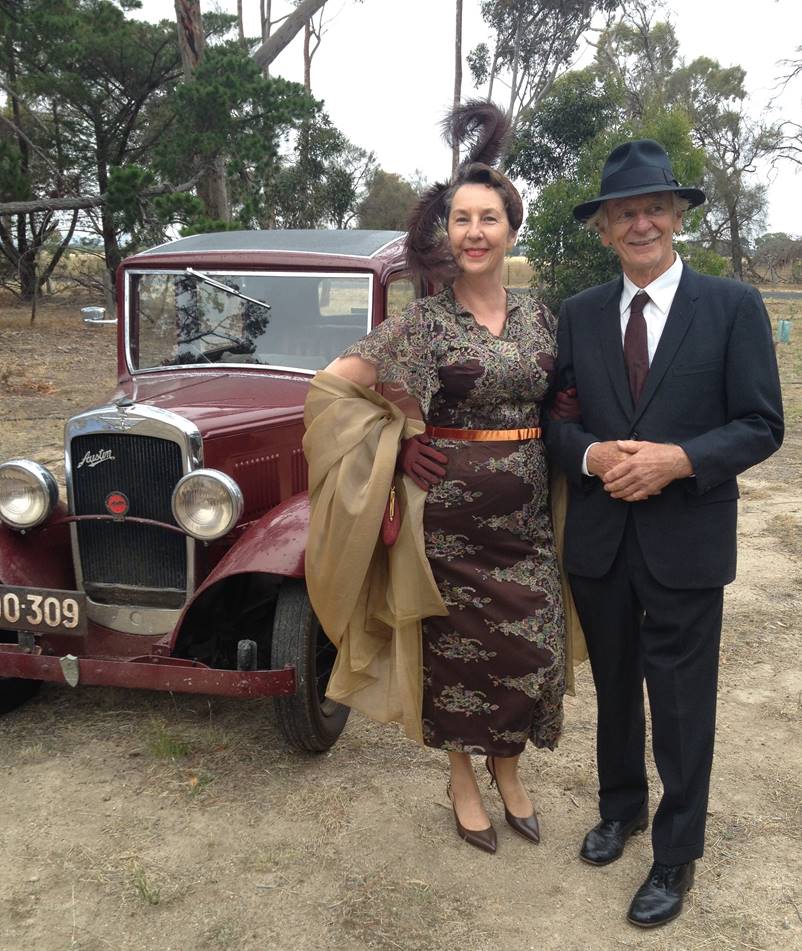 The core extras include me, my husband, his friend, his friend’s wife, my brother, his son and daughter, her friend, my sister’s daughter, my two friends, a neighbour, my friend’s sister, and my friend’s brother. Our very first scene is the Dungatar-Winyerp eisteddfod. We are dressed in 1950s clobber, our hair and makeup done, our hats nailed on and everything is interesting.

We are curious about every accoutrement the crew uses, amazed by every ladder and extension cord. We are watery with anticipation, wide-eyed with nerves, anxious to watch the acting and to do well.

We are corralled in the extras tent. The tent for the actors has better chairs.

‘He’s a great actor, and much more handsome in real life, eh?’

‘And there’s Sacha Horler, now SHE can act.’

‘Wait until you see Predestination, Sara Snook, my God…’

We freeze when Kate Winslet appears. Finally, someone says, ‘She’ll be perfect as Tilly, eh?’

Everyone nods and it occurs to me that we have all of the joy and little of the responsibility.

Every genius, profoundly talented crew member associated with the film – the film based on my book, the film that has changed our lives – is working hard.

Weeks later, us old hands have been sitting at the wedding reception for hours. It is stifling in the sumptuously draped marquee, our corsets dig, our shoes pinch, the extras on the dance floor are aching and Sara Snook’s white dress is grey from grit. Our trifle has fermented and we remain wary of a large Huntsman that scuttled across the lace napkins and butter plates and vanished under our table. There are superstars to the right, stars to the left and internationally acclaimed actors blanket the set. Every genius, profoundly talented crew member associated with the film – the film based on my book, the film that has changed our lives – is working hard. These dedicated professionals arrived before us and will leave long after we drive away in our air-conditioned cars, and they conduct themselves superbly, seem undeterred that they carry the success or failure of this vastly expensive and trickily complicated project.

I hear myself moan, ‘Oh for Christ’s sake, can’t she just nail this bloody scene!’

Someone else says, ‘I’m starving.’

Another says, ‘That was good enough, I just want to go home.’

Use what you know: the curtsey

Use what you know: dancing